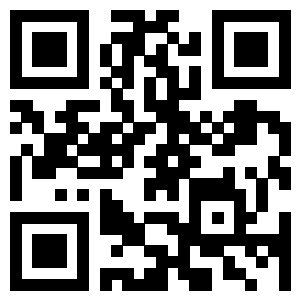 Chinese CNC machine tools are no longer controlled by people

Chen Jihong: The country has its own CNC brain, this is our mission.

Chen Jihong: The country has its own CNC brain, this is our mission.

Author:
Source:
Release time：
2018/12/09
Page view
There is no systematic color coding for residents in the United States, and there is not even a set of standards that are used correctly. In 1879, shortly after Edison introduced the lights, the insurance industry began to issue some safety guidelines. The official guide appeared in 1881 and included addressing capacity, insulation and installation. However, the color of the wires is not classified.
In 1882, the National Fire Insurance Companies Committee (NBFU) also adopted early safety regulations. In 1893, the National Insurance Power Association began to attempt to unify the different electrical installation standards and specifications of each state, and proposed a national coding standard for electric lights and power supply units for building wiring.
The National Electrical Code (NEC) was proposed by NBFU in 1897 and it also neglects the standardization of wire color problems. Later in 1928, the NEC was updated and revised. One of the requirements was to establish a specification for the color of the grounding wire, which was later white or natural ash. It was also forbidden to apply these colors to the live and neutral lines.
Further color coding is a new version introduced by NEC in 1937. The color-coded lines are utilized with "multi-branch circuits", and the lines defining the three branches are black, red, and white. More branches can be added to other colors, such as yellow and blue.
In 1953, NEC changed the color of the grounding wire to green or bare wire. Green is also prohibited for use on circuit lines (such as live and neutral).
NEC's 1971 version encodes color multi-branch runs, although white, natural gray, green, and yellow-green stripes remain, and these colors are also prohibited for grounding. This specification lost the stereotyped color coding requirements for the via wires because there is not enough color to distinguish the system, voltage, and circuit.
In the United States today, the grounding wire is green, yellow-green stripes or bare wires. The neutral wire should be white or gray. The circuit cable may be black, red, blue, yellow, orange or yellow. The exact color depends on the voltage.
These color standards are in the United States, and the codes in other countries are different (Canada is very similar to the United States). For example, Australia and New Zealand and the United States have the same ground wire color, and their neutral lines are blue or black. Moreover, the live line can be any color other than the ground and neutral lines. Red and brown are the recommended colors for single-phase lines, and red, white, and blue are the recommended colors for multiphase currents.
The latest in the UK (2004) changed the system of compliance with the International Electrotechnical Commission (EC). Their ground line color (yellow-green stripes) remains the same, and the neutral line color changes from the original black to blue. Similarly, the previous single-phase wire was red and now it turned brown. In addition, the multi-phase line marking and coloring in the UK has also changed: L1 turns from red to brown, L2 turns from yellow to black, and L3 turns from blue to gray.
Previous article:
A major breakthrough in the application of domestic high-end CNC machine tools
Huazhong University of Science and Technology Technology Innovation Documentary: Using CNC Machine Tool "Brain" Equipment "China Zhizhi" | University Science and Technology 40 Years
Next article: